Where to See Wildflowers in the USA: Unparalleled Beauty in 5 States

The Guthrie Theater along the Mississippi River in downtown

Kayaking near downtown above the falls

At dusk, "Spoonbridge and Cherry" in the Minneapolis Sculpture Garden

“The Stars” artwork on the exterior of the First Avenue & 7th St. Entry concert venue

The Mall of America, a “city within a city,” in Bloomington

Downtown Minneapolis skyline and the Hennepin Bridge in winter

A mix of urban sophistication and outdoor action

Imagine a city where you can step out of your hotel and into a kayak, right into the Mighty Mississippi River, where Stone Arch Bridge and St. Anthony Falls will take your breath away; where you can watch a ball game at Target Field, one of the best baseball stadiums in America, then take in a touring Broadway show; and where you can give your credit cards a workout at all sorts of shops and your taste buds a massage with award-winning cuisine. That city is Minneapolis, a mix of urban sophistication and outdoor action.

Several professional teams – baseball’s Twins, football’s Vikings, women’s basketball’s Lynx, men’s basketball’s Timberwolves and hockey’s Wild – in addition to the University of Minnesota Golden Gophers are all based in Minneapolis. Several major venues drawing enthusiastic fans no matter the season include the U.S. Bank Stadium, home of the xGames in 2017 and 2018, Super Bowl LII in 2018, and the Final Four tournament of NCAA men's collegiate basketball in 2019.

The Walker Art Center, the most-visited modern art museum in the United States, displays an extensive collection across all disciplines, as well as live performances, lectures and movies. Outside New York City, Minneapolis has the most live theaters per capita. Catch a show at the Tony Award-winning Guthrie Theater, a Broadway production at the Orpheum Theatre, or a concert at the Minnesota Orchestra or Minnesota Opera. Visit Mill City Museum, an old flour mill on the Mississippi Riverfront, for a look into the city’s past. At the Minneapolis Institute of Art, view 40,000-year-old artifacts alongside modern masterpieces.

City of Fitness and Nature

Minneapolis has been hailed the Fittest City in America, the Healthiest City in America, the best parks system in the U.S., one of the most bike-friendly cities in the world (321 kilometers of trails, to be exact) and the sixth-best U.S. city for runners. Explore more than 320 kilometers of recreation trails. Play and relax at one of 197 parks. Enjoy fishing, canoeing, boating and ice sports in the popular Chain of Lakes.

The Mall of America is the largest shopping mall in the country. In addition to more than 500 retailers, you’ll also find the SEA LIFE Aquarium, a Nickelodeon theme park, Crayola Experience, House of Comedy and other attractions. Taste the creative craft brews from the city's dozens of breweries. According to Yelp data, Minneapolis ranks first in the USA for the number of breweries per capita. Sample the unique flavors at Pizzeria Lola, ranked 18th best in the world, Vietnamese dishes from Lotus, Latin cornmeal cakes from Hola Arepa and handmade pastries at Patisserie 46.

Prince hailed from Minneapolis, where the beloved musical artist’s home Paisley Park is now a museum.

There are 22 lakes in Minneapolis’ city limits, as well as 197 parks.

With 4.5 hectares and more than 40 permanent art installations, the Minneapolis Sculpture Garden is the largest urban sculpture garden in the U.S.

How to Best Explore Minneapolis, Minnesota

Pride in the Twin Cities

Ask a Local About Minneapolis, Minnesota

Fun at the Minnesota State Fair

Museum of Quackery and Medical Frauds

Bloomington and Mall of America: So Much More Than a Mall!

Marine on St. Croix, Minnesota, Through the Eyes of Painter Bob White

Ask a Local About Duluth, Minnesota

48 Hours in Wisconsin Dells: From Water Parks to Spa Time

House on the Rock

Fargo-Moorhead: Two Cities, Two States and a Ton of Culture

Ask a Local About Madison, Wisconsin 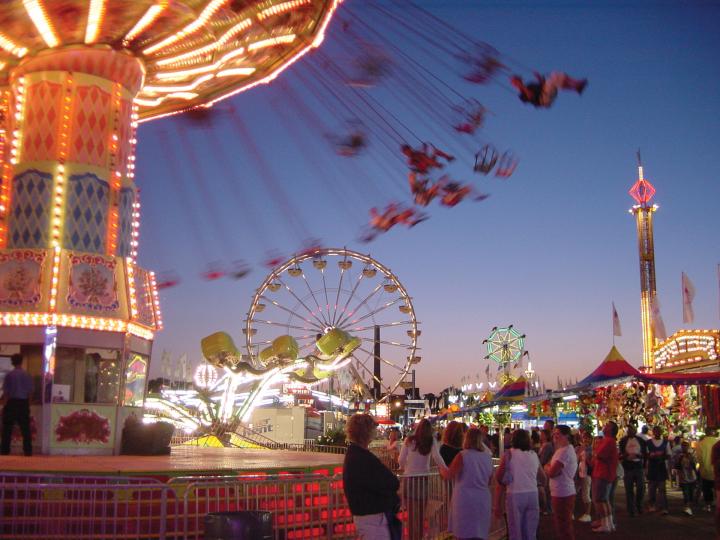